Once again the winter is creeping upon us and here at Tinto Music and Arts we are preparing for another Magical Musical Gaitherin. Over the weekend of December 2nd -4th we will host a number of workshops and an evening concert to boot. 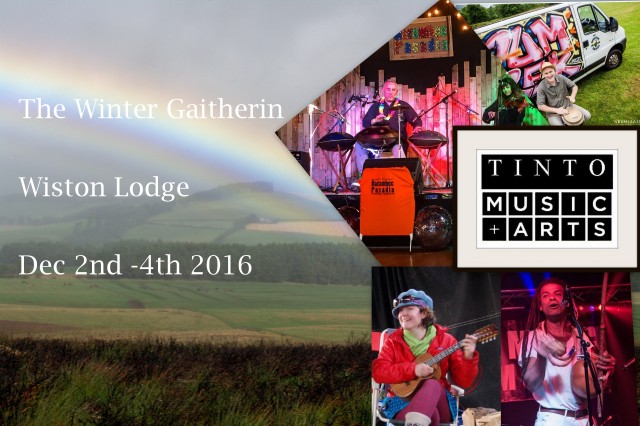 Those of you who attended our previous Gaitherins will need no second invite. Tickets for the weekend workshops will be limited and the gig will be available to purchase separately.(All pricing below)

So…what do we have to offer this year?

Friday night we will welcome you all with a facilitated drum circle and some song helping you to land well.

Saturday will be broken up into a morning session of workshops ( 10.00am-1.00pm, breaks as required), an afternoon session of the same (2.00pm-5.00pm) and the evening gig (8.00pm- till late) This will all be followed by a final workshop session on Sunday morn (10.00am-1.00pm) before we eat a famous Wiston Roast Dinner and say our goodbyes.

This year the workshops will be facilitated by the following:

Born and bred in the South of Bahia. Claudio Kron do BRAZIL has travel the world sharing his beloved Brazilian culture and traditions! Claudio has just finished his album BRAZINDIAS where you can experience the flavours of AfroBrazilian culture embedded in Bahia.

This year Claudio will be running workshops explaining the power of Oxira’s in the carnival music of BRAZIL.

Claudio will also perform his amazing solo set for the Sat evening concert.

In this solo show Claudio will be performing songs from his upcoming album plus some lovely sounds from his native Brazil. These are performed on three of Claudio’s favourite instruments: Berimbau, pandeiro and acoustic guitar. Witness the power of African culture in Brazilian traditions and expect a guest or two to join him on stage. 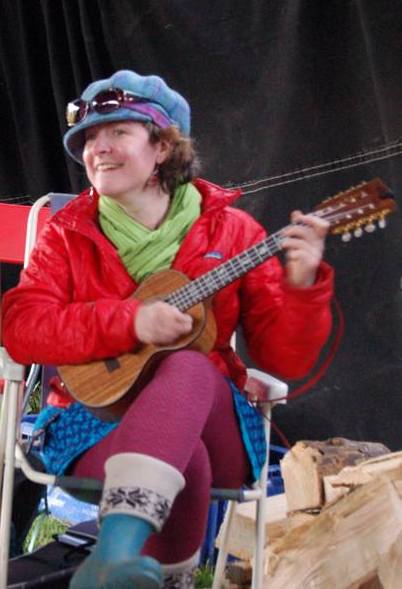 Originally trained in theatre, Jane Bentley spent six years touring the world with the International Purves Puppets. This involved being mostly invisible in such prestigious destinations as Syria, Taiwan, and Auchtermuchty village hall. Having discovered the Community Drum Circle movement in the USA, she headed off to Hawaii to train with it’s foremost exponent, Arthur Hull. She continued her studies by completing her PhD based on drum circles and improvisation, highlighting the effects of group music making on human wellbeing – the first time that the practice of drum circle facilitation has been studied at this level. Further training has included improvisation with the Grammy award winning cellist David Darling and his Music for People organisation, vocal improvisation with Bobby McFerrin, and two Eurpoean Union Leonardo Da Vinci ‘Transfer of Innovation’ projects on music in health settings with the Royal Northern College of Music and Musique et Sante, Paris.

Paul is a teacher and facilitator of rhythmical connection. His studies have taken him across the globe and he has been privileged to work with drummers and musicians from Guinea, Morocco, Senegal, Zimbabwe, Ghana, Brazil and Ireland as well as many based here in the UK.

Paul will host rhythmical Alchemy sessions. He may explore some culturally specific patterns and structures with you or delve into platformed improvisational play. Whatever road he takes, and he usually doesn’t know what that is until you show up, you will be treated to a session full of playfulness, humour and connection. You’ll leave with a smile on your face and deep rhythmical connection in your heart. All drums and percussion are provided but feel free to bring your favourite.

On Saturday night we will be treated to performances from Claudio (see above), Simon Wood and Tamara and as always a few surprise appearances from within the Wiston musical stable. The night will end with either an open jam or dj’s or both!!!

A fantastic night awaits you.